Transform Your Life at Work

How to Confidently & Consciously

A 6-Module Online Video Course with Jessica Hartung,
and a companion to The Conscious Professional 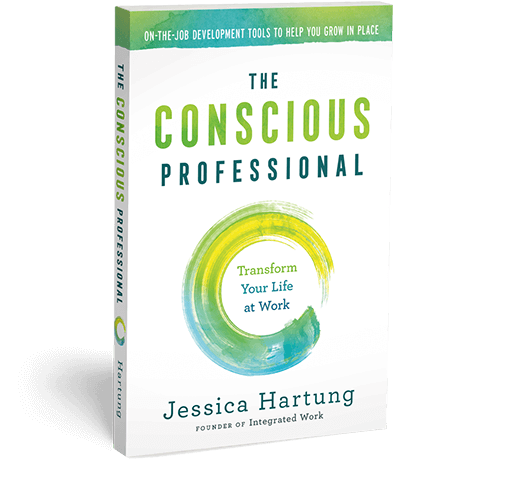 How you spend your time at work matters, and I know it can get better, wherever you work, whatever you do.

The world needs more conscious professionals like you who strive to make a difference, and that is why I created this course to help you Transform Your Life at Work.

I’m excited to share this new online program and community that will show you step-by-step how to create lasting change in your life at work right now.

My name is Jessica Hartung.

I’ve coached and developed hundreds of mission-minded leaders over the years, teaching them how to make the most of their work experiences, both personally and professionally.

I designed Transform Your Life at Work: How to Confidently & Consciously Make a Difference as a companion course to my book, The Conscious Professional, to support you in connecting your everyday work life with the things that really matter to you. 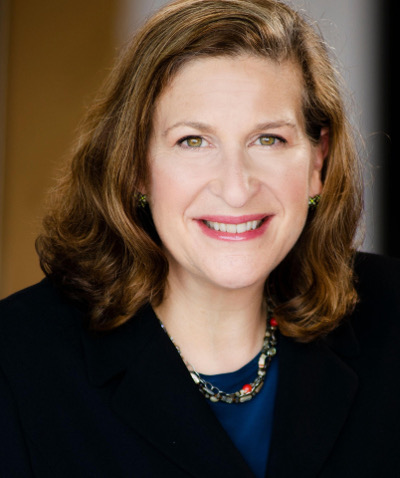 My goal for you is that you bring who you are to what you do; these teaching videos and the support of the Conscious Professional community will help you along the way.

You don’t have to wait for someone at your company to offer you opportunities for learning and growth. You can take charge of your personal and professional development starting from wherever you are right now…and I hope you do, because the world needs your leadership. 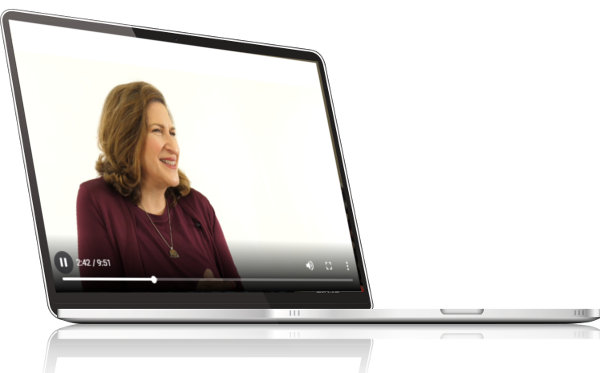 As a community, we’ll work together on activities and strategies that will allow you to start seeing growth and change immediately.

I know this is a very big promise, but you really can create change right now!

I invite you to join this community of conscious professionals as you embark on your learning journey.

Know that you are not alone. You’ve come to the right place.

Start Where You Are

You don’t need to quit your job in order to start making change. There are plenty ways that you can leverage your current role for learning and growth. Wherever you are, by practicing the field exercises in this program to you’ll start to see a difference right away.

Life as a Conscious Professional

Some people go to work everyday just for the money, but not you… There’s something inside you that longs to make a difference. You care about what you believe in and you want to turn those thoughts into action. You’ve got the drive and you are ready to do this now.

Don’t waste your time on exercises that have no relevance to you and what you’re passionate about. This course gives you exercises based on the work you are already doing each day. That means you can learn more in less time and see your impact right away.

Bring Who You Are to What You Do

Making a living and making a difference don’t have to be two separate things. You can work on your purpose while you are at work. All you need are the tools and developmental skills to make the connection. Wherever you are at this moment is the perfect place to start.

You Don’t Have to Go It Alone

Community is important, no matter what your mission is. With a collaborative style of learning, you can grow further, faster. Leverage your community and engage with like-minded professionals whenever you need support, advice, or a thinking partner.

Take Control of Your Growth

Your growth is too important to leave to chance, or someone else’s direction. Even if you don’t have the support of anyone else in your organization, you can choose to develop your career and yourself without waiting for permission.

Achieve the influence and impact

that matters most to you

When you’re trying to create a real, meaningful impact, sometimes things just don’t happen fast enough. There’s a steep learning curve— and sometimes people just won’t cooperate. And there are so many decisions to make… How do you know which path will lead you to where you want to go?

As a participant in the video course, you’ll learn to…


Build new, relevant and transferable skills such as planning, communication, delegation, strategy, coaching, and negotiation

Increase your impact and influence in the areas you care about most

What’s inside the Course 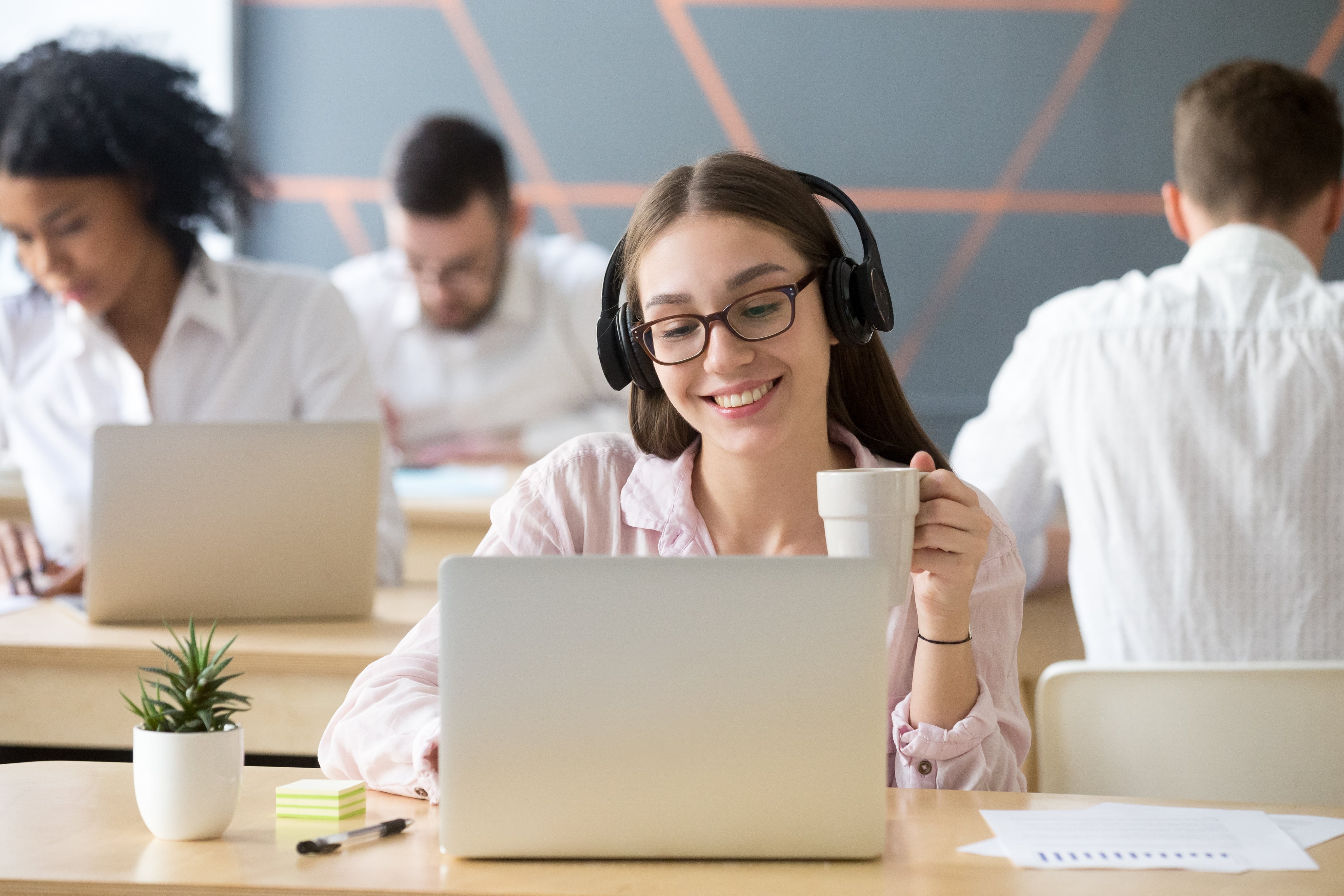 Build your skills, mindset, and confidence. 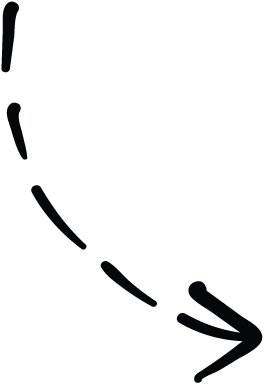 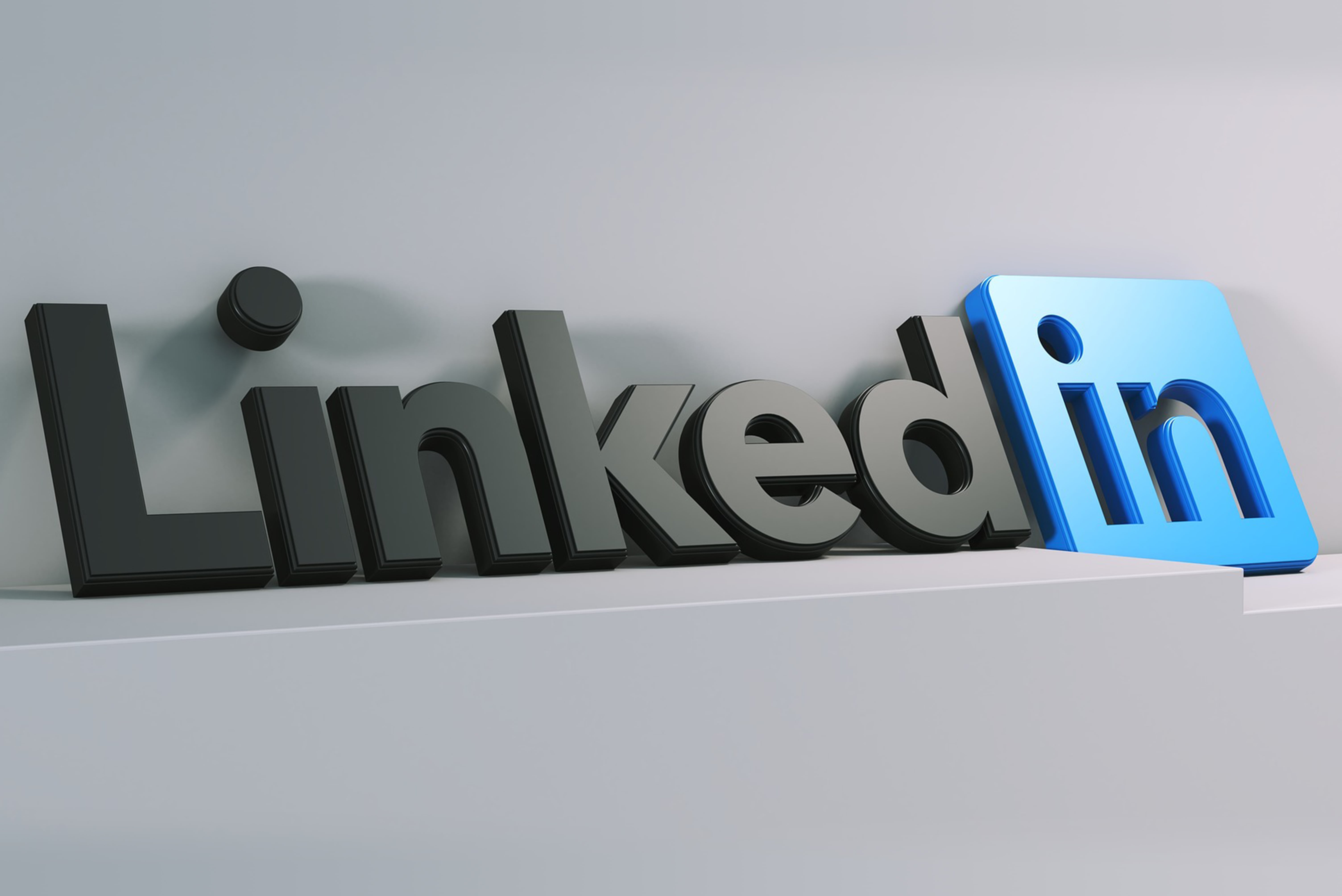 Engage with and feel supported by like-minded, mission-driven professionals. 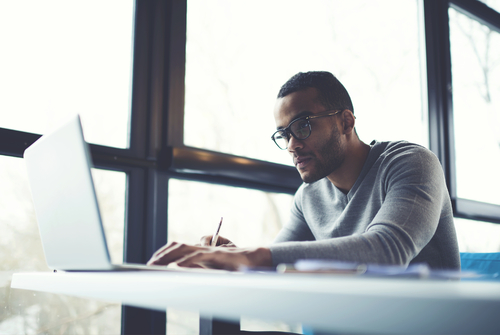 Take what you learn into the real world to start seeing changes right away. 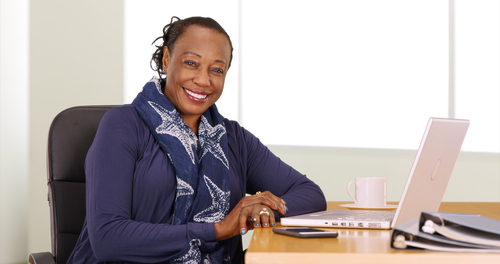 Add these to your library of resources, you’ll want to come back to them again and again. 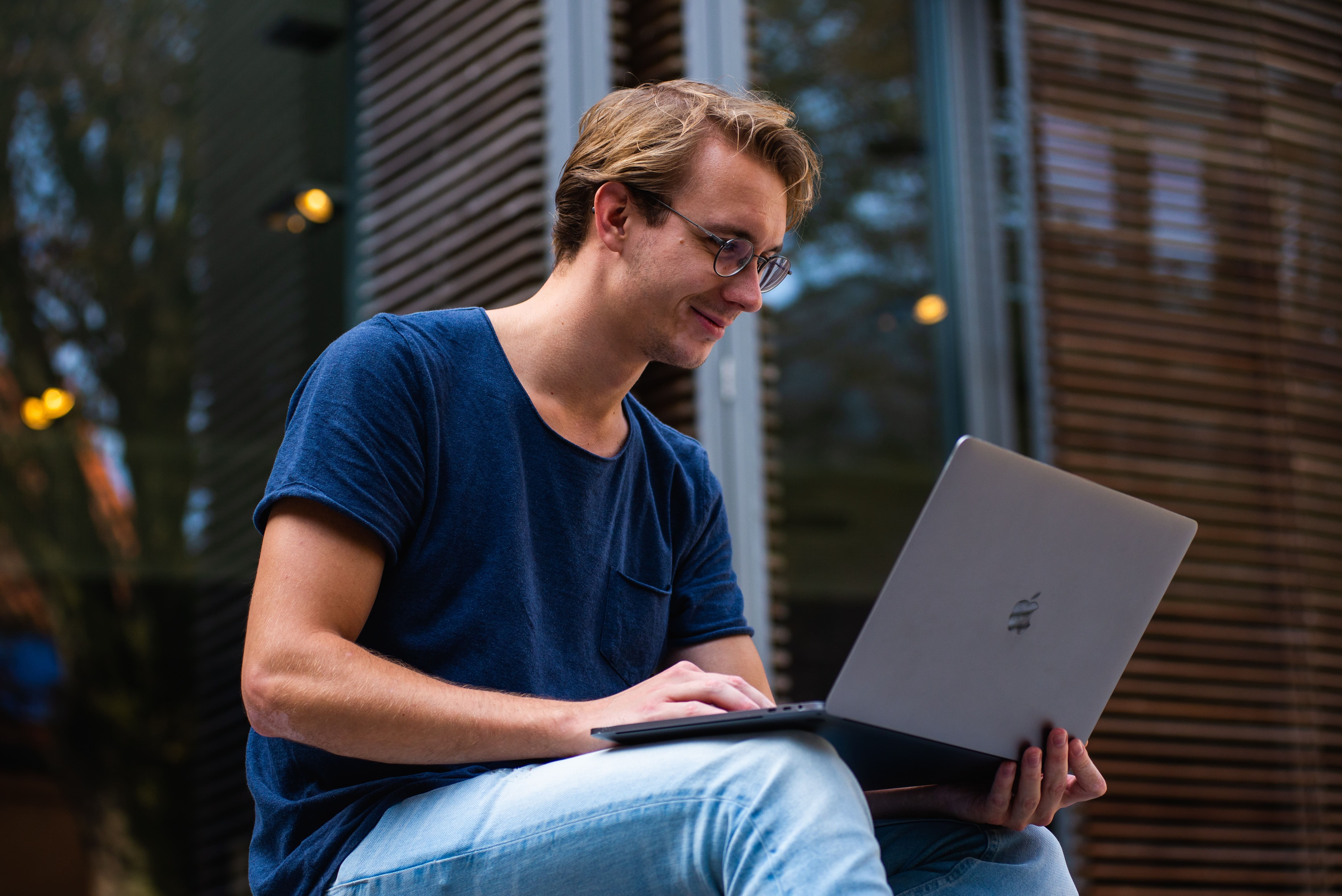 Easily review and revisit all the material whenever you need it.

plus get these Bonuses

Authentic Communication at Work: How to Be Yourself and Keep Your Job

Building Your Tribe of Change Agents

Making the Call: Move On or Grow in Place?

Sometimes you need to take a leap and leave your current work environment in order to realize your potential and truly make a difference. But other times, even though might feel uncomfortable, you and your mission are best served by sticking it out through the tough stuff and staying put. That leaves you wondering, “How do you know which is which?”

This simple decision-making process finally gives you a way to get a quick, no-nonsense answer to the question, “should I stay or should I go?”

In the first session, we’ll discuss how you can use the workplace as your “case study” for learning and growth. This is the foundation that you will build upon in the coming modules. You’ll also learn about the “Three Paychecks” available in any job, and develop skills that allow you to connect your professional context to what is most important to you.

Change is initiated through awareness. In this session, you’ll build a deeper understanding of yourself, different perspectives, and the context around you. With this knowledge, you’ll leverage your skills, mindsets, and beliefs to influence your ability to create the change in areas that truly matter to you.

The central message of the willingness part of the A-W-S cycle is that you get to choose where to focus your time, attention, and skill-building. Choosing not to develop in some areas protects your focus, energy, and time for the areas where you are willing and needing to grow. This module will help you increase your willingness so that you can find clarity and focus as you grow your way to the leader you feel called to be.

Your skills are the key for you to be more valuable, more authentic and engaged, and uplift in your life and the lives of the people around you. You can increase the size of your “playing field”, expand your influence, and multiply your self-confidence by building and practicing your skills.

It’s time to start integrating all these ideas and tools into your work and life. Integration happens when something new literally becomes a part of who you are right now. This module provides structures, information, and facilitation to support you as you begin to make these important shifts.

You have the power to reimagine your career and influence those around you. No matter where you are right now, you’ll be able to realign your career with the values that matter to you. The final session focuses on your impact and ability to influence. 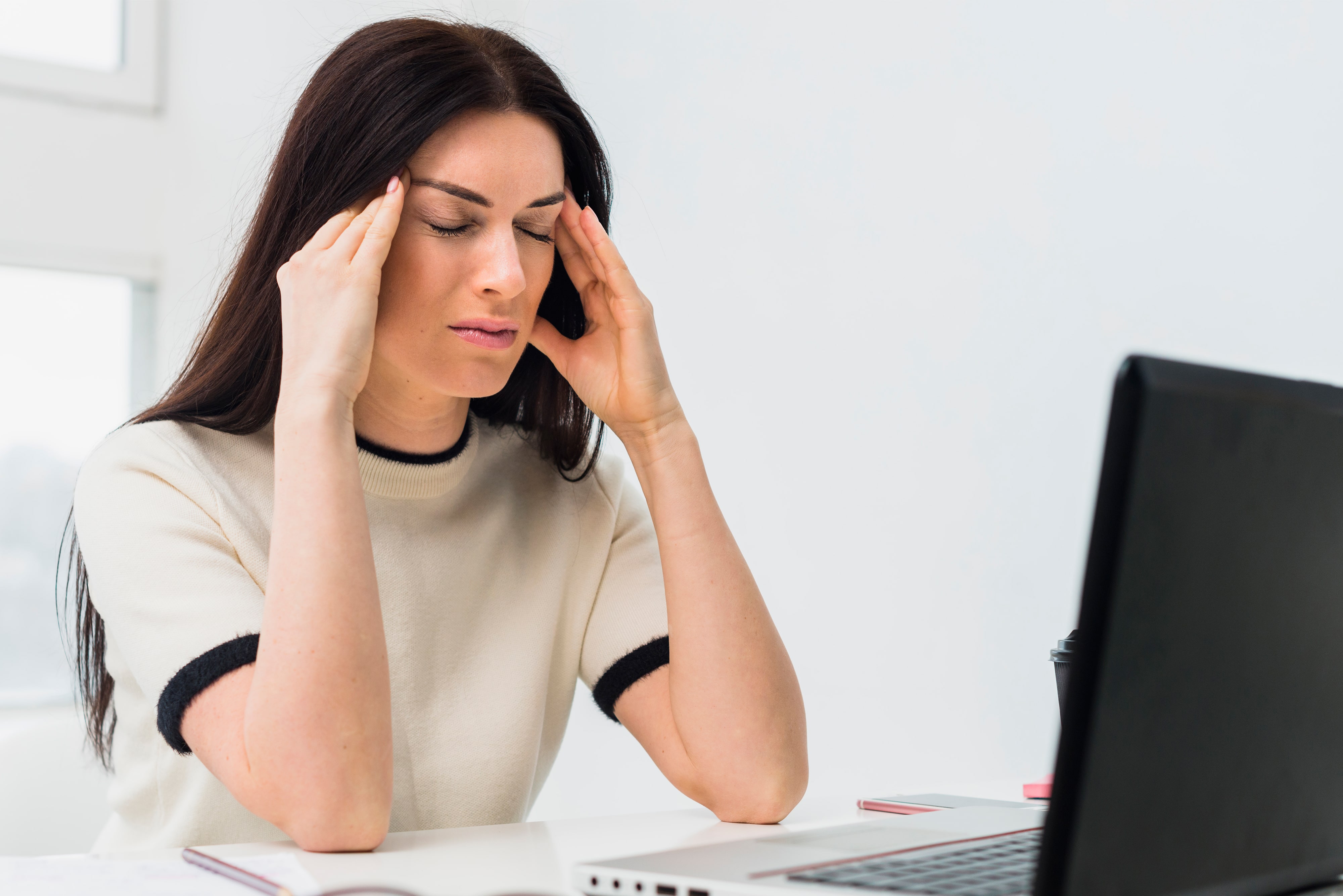 Sheryl did her job well, and cared deeply about the work she did.

However, she knew there were problems in the company’s systems holding her back from making an impact she desired. Each day, she felt her energy draining away a little more when she walked in the door to her office.

When Sheryl was tired of suffering the consequences, she decided that she was no longer going to let other people’s apathy or incompetence stop her from doing what was right.

That’s when she found Jessica. Together, they talked about how to grow in place so that Sheryl could become a more effective influencer. She took a course building personal leadership, and practiced what she learned on the job and in her volunteer work at church. 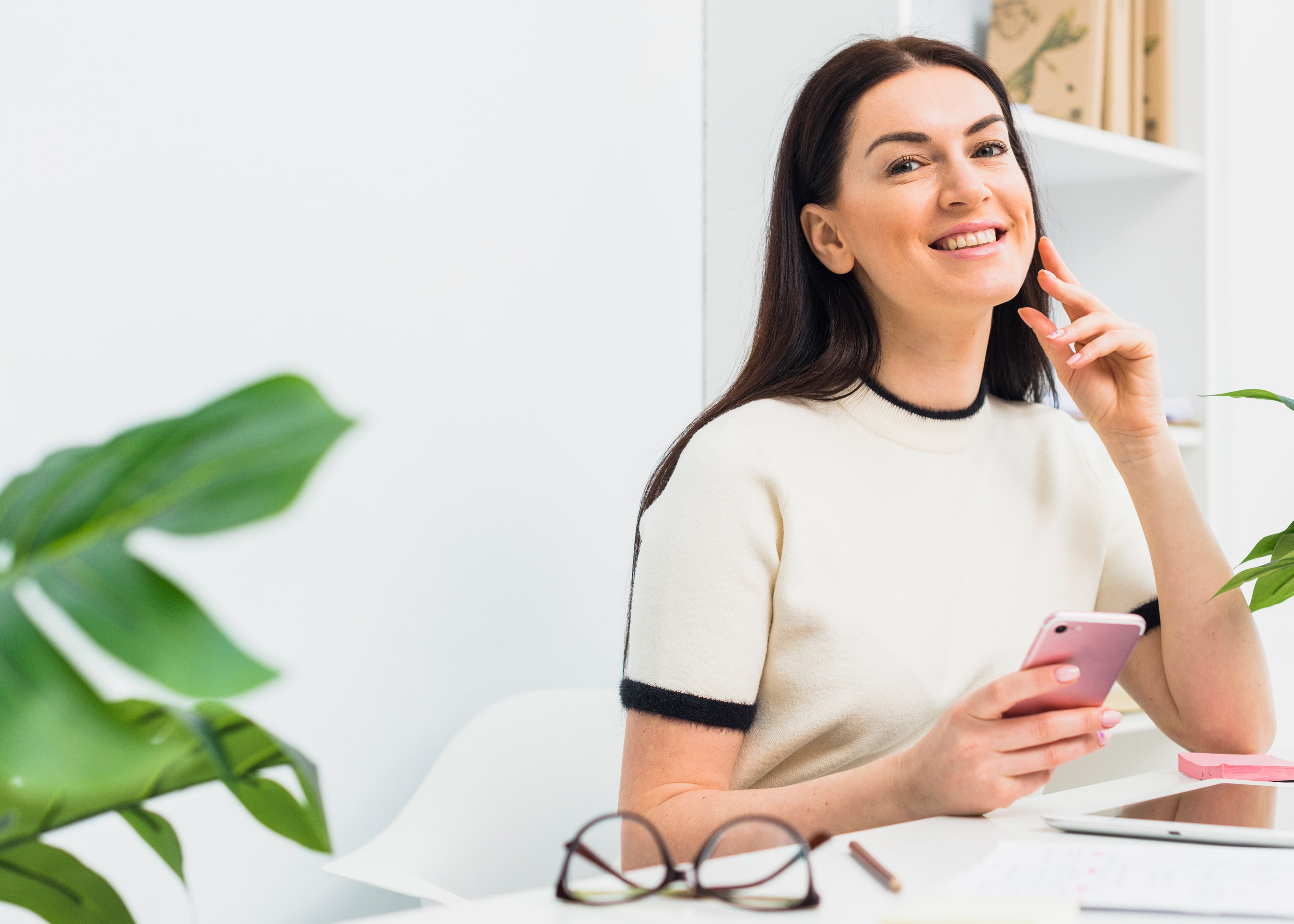 With Jessica’s help and guidance, Sheryl discovered that she could take ownership of her learning and of the problems she was facing at work.

She decided to use her work as a case study to build her leadership, and learned new skills to influence those around her. She became inspired by others who were taking charge, making change, and sharing their successes.

Six months later, Sheryl walked in the door with renewed enthusiasm, pride, and an increase in pay. What changed?

Work became more engaging. The impossible challenges began to look like puzzles Sheryl could solve by working with others.

She learned the right questions to ask, experimented with different ideas, connected them to the strategic priorities of her manager, and then facilitated conversations to find solutions to problems that previously she expected others to fix. Within a few months she was able to document actual changes in quality.

Learning to leverage her strengths, stepping up to create change, and letting go of resentment made Sheryl feel so much better, and made her work feel more fulfilling than ever!

By taking charge of her own growth and development, Sheryl built her confidence and commitment to take on even bigger challenges.

“As a healthcare executive navigating a rapidly changing environment, I have worked with Jessica as a coach to strengthen my presence and impact as a leader. She has been instrumental in helping me build on my strengths, work effectively with diverse constituencies, and cultivate the kind of resilience leaders need in today’s world. Thanks to her wisdom, insights, and practical tools, I am a much more confident and effective leader!”

Here’s an Overview of 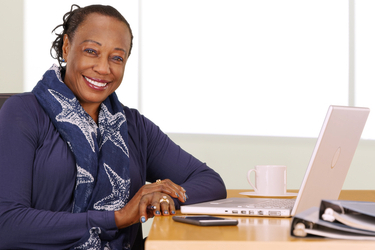 Total value of all of this:

TO make this as accessible as possible, you can get everything today for Less than the price of a coaching session…

Her mission is to grow more ethical, effective, and self-aware leaders at work to benefit our communities, neighborhoods, and families.

Jessica has coached hundreds of purpose-driven professionals with practical strategies to integrate who they are with what they do, helping them deliberately grow to become the leader their purpose needs.

One of the most important things about teaching and coaching in the mission-driven space is being on the journey yourself.

Not only is Jessica Hartung a master facilitator and coach, but she is also on this journey with you, doing the same work and reflection exercises that she suggests for you.

“Leaders today and in the future will be focused on how to be–how to develop quality, character, mindset, values, and courage. The Conscious Professional provides a practical path to building one’s own leadership capabilities. Fellow travelers on the journey of serving a big mission can learn to use everyday events to immediately and deeply practice the skill sets and mindsets to become a better leader.”

“Hartung draws from her rich experience coaching and developing leaders to present stories about relatable characters that offer hope to the reader while at the same time validating how perilous growth can often feel. The reflection exercises Hartung provides throughout the book ground the learning in each reader’s individual experience and invite countless hours of meaningful contemplation. Put this book in your satchel or briefcase: it is the how-to manual for growing yourself on the job.”

transform your Life at Work